One of the purposes of this club is to be of some good in the community. Our Easter Raffle was for the Clown Doctors and Emerald RSL asked us to help out with parading veterans on Anzac Day. 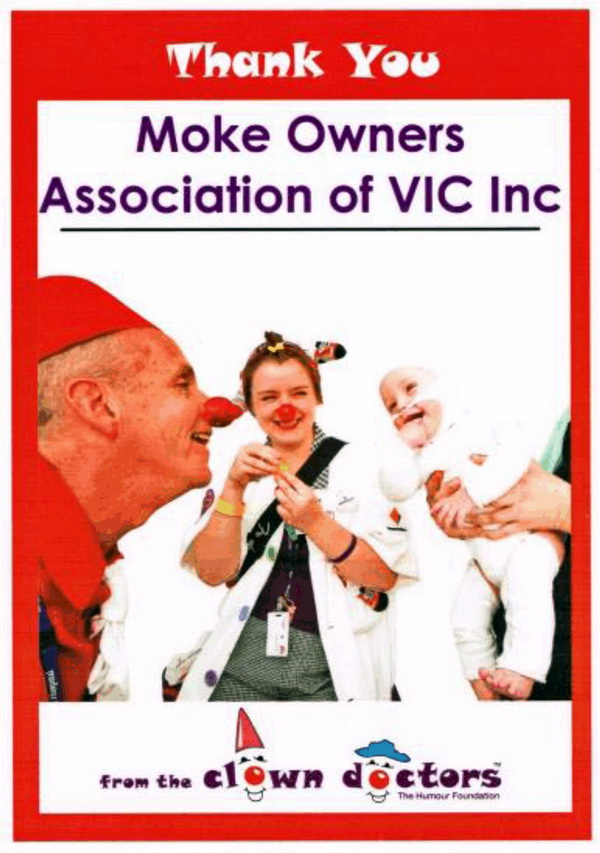 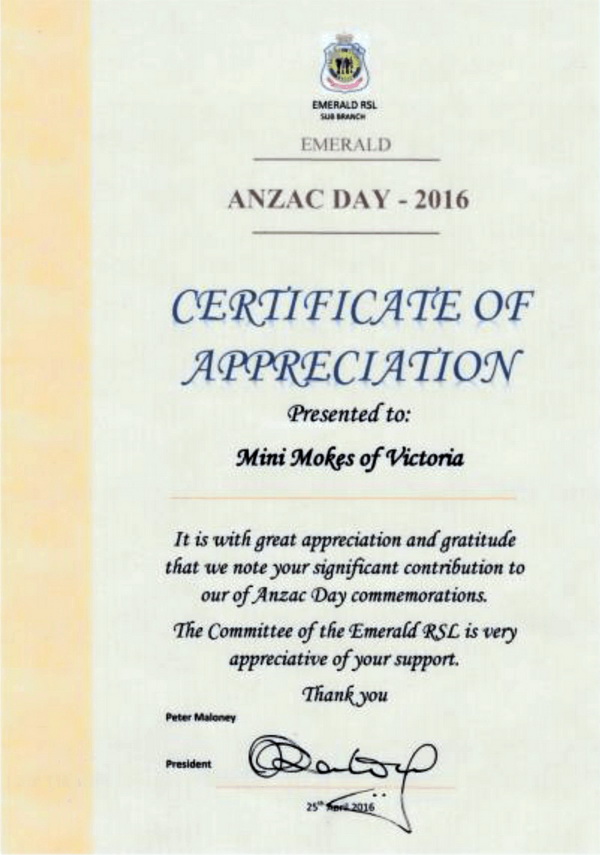 Your next opportunity to help out is at Surfside Primary School Fresh Food Fair on Friday October 28th. We will raise money to help with their fresh food garden and healthy living projects. For space and insurance reasons you must let Terry know you will be coming.

Ring Terry 9717 3009 or email This email address is being protected from spambots. You need JavaScript enabled to view it.

Not Just A Dash

No we're not horsing around. This is not just a dash that Ron has presented to Peter. 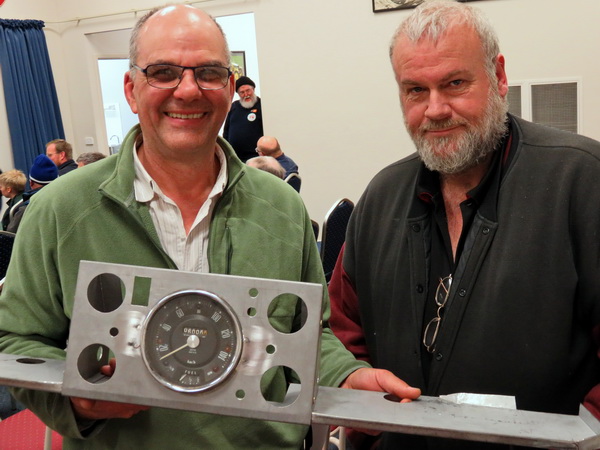 It represents a thank you from committee to a member who has done heaps for the club over the years.
Peter was having a little more trouble than necessary with the rebuild of his Moke.
Ron dashed in to get him over the line with one annoying issue. So truly, this is not just a dash.
It could also be thought of as a Melbourne Cup for a derserving Mokee.

Editor's Note
For those too young to know, Just A Dash won the 1981 Melbourne Cup and when he died in 2012 he was the oldest surviving Melbourne Cup winner.

IMD 2016 brought out a bunch of Victorian Mokes to meet at Bundoora Park in the northern suburbs of Melbourne. Thanks to Andy Preston for the video on VIC MOKE and these photos.

Thanks also to everyone in the Moke Owners' Association of Victoria who put their Moke into a public space on this day.

Were you there? Check out the video on VIC MOKE prepared by Andy and Jye Preston. 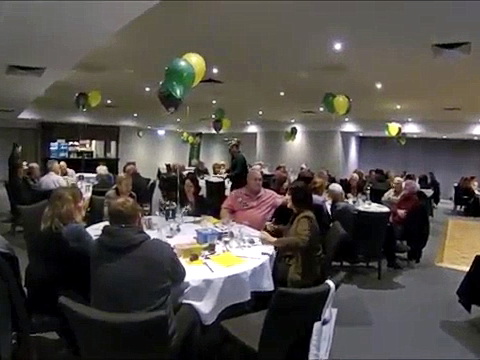 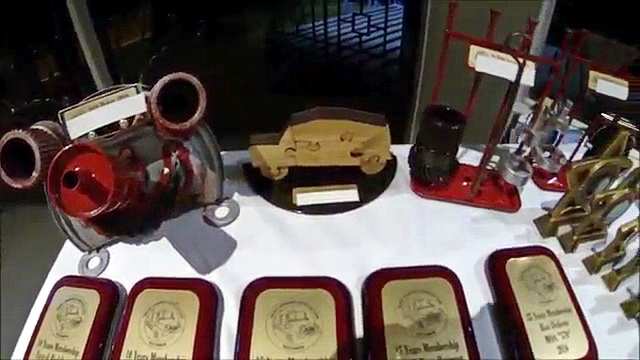 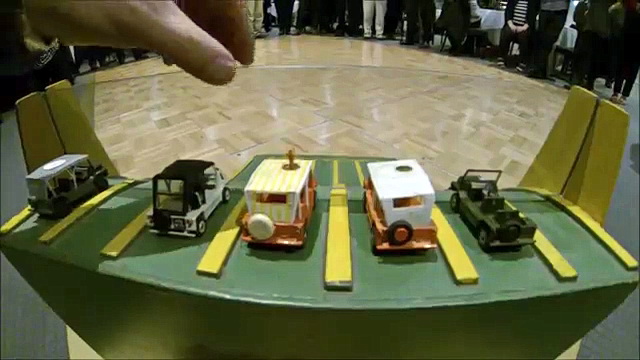 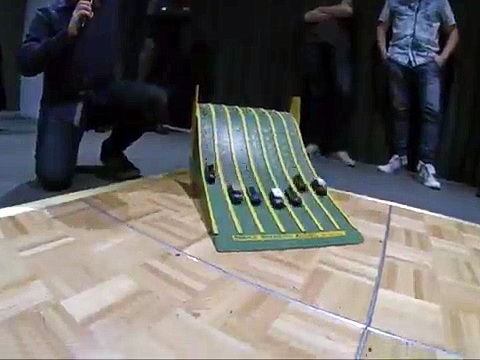 You Scan Do It!

With Committee's encouragement and support, Axel and Helen Bendix have been working on a new barcode membership card system. They displayed the prototype at the May meeting. Soon you will be able to scan your way into a meeting to have your attendance recorded. If Pop Almond can do it on his 88th birthday (he was driving his Moke the day before) then anyone can do it. 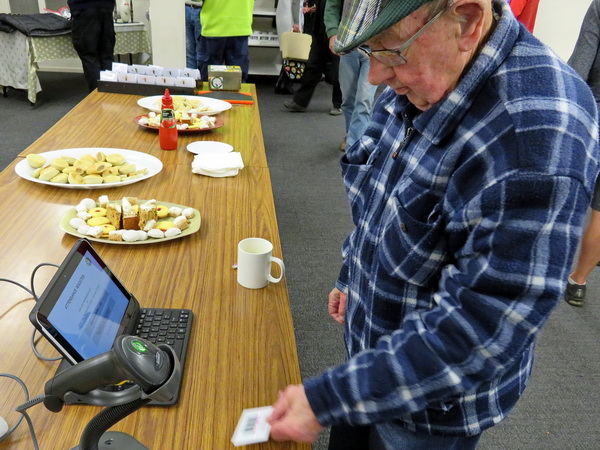 Record keeping is going to be so much easier.
When you come to the computer you will see:
these instructions followed by ... your name on screen 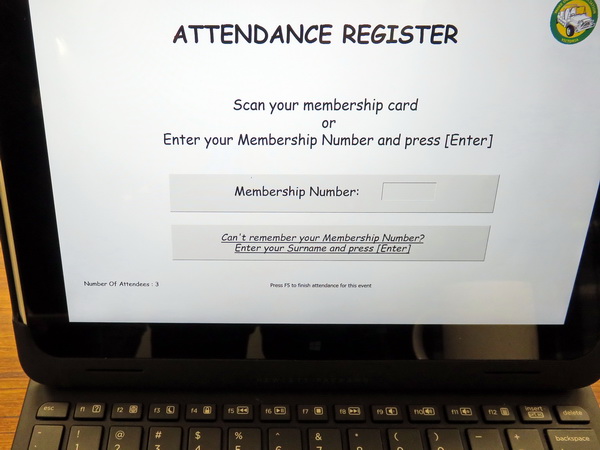 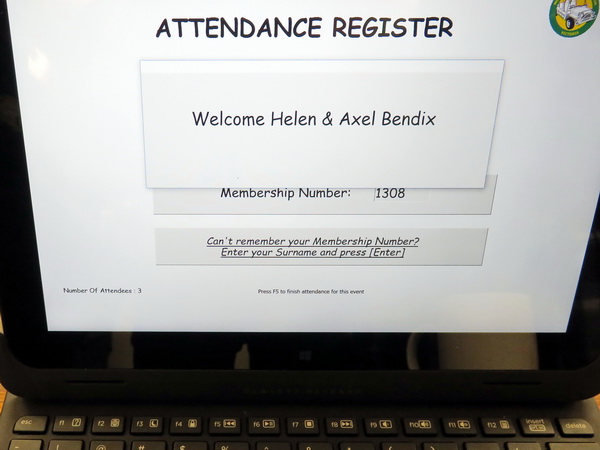 after swiping the card.

And when the meeting is over, stick around for supper. Phil Young from Tecoma did. It was his first meeting - he joined the club that night - and it seems like he was already in an eating contest with Bob Higgins. Phil recently purchased his Moke in Tassie and drove it back to Melbourne. 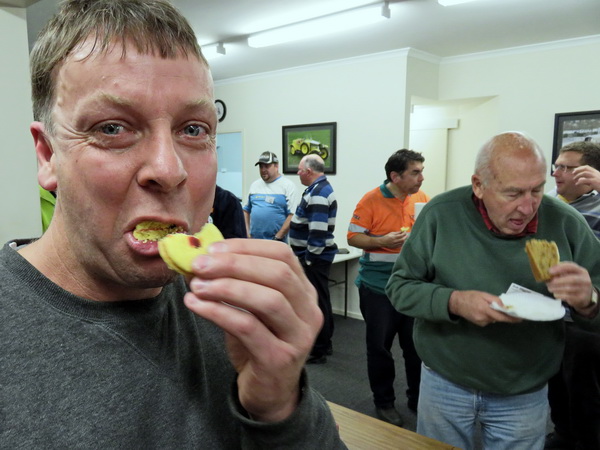