It started with this notice from the archives.

Why not celebrate the 50th birthday at the same place, date and time as the original meeting?

Well, it is a Friday this year, sure, but perhaps there are some Mokees who could get time off.

But the people who live there now are strangers, true but we only really want to stand in the street and take a photo and maybe do a drive-by video.

And it sounds like a bit of a crazy idea, wouldn't be the first crazy idea we've pulled off. 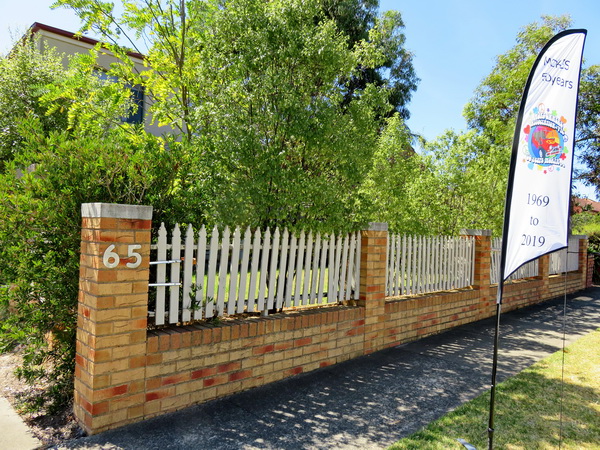 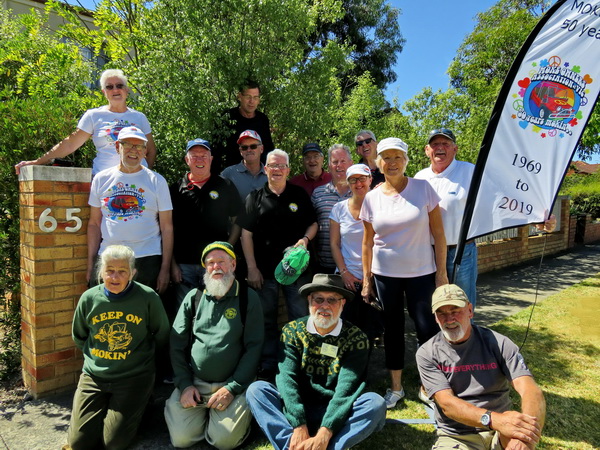 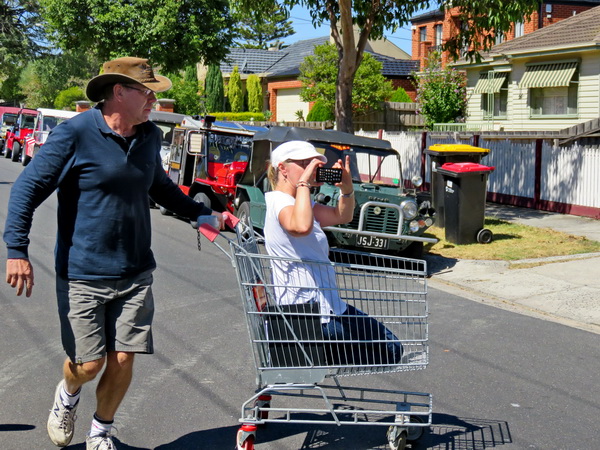 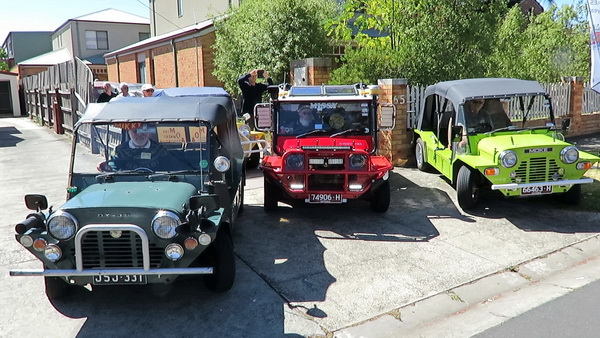 Fifteen Mokes and these 18 people turned up:

The original house has long since been replaced by two units. Helen knocked on the door of Unit 2, flashed her famous, friendly smile and asked if we could pack all the Mokes in the driveway and film them coming out. No problems - except that they almost didn't fit.

You will find the video on VIC MOKE our YouTube channel at: https://youtu.be/rZUBw_yiSa0

Job done, but we didn't go our own ways immediately. In true Mokee style we stood around in the shade outside the house across the road (just behind David's 1967 green little wheel Moke that has only ever had one owner) and yacked. The locals walked and drove by and wondered. Some photographed us. One from the house came out and joined the pack. Turned out he and Doug were kids together and he was still living in the same house.

Thanks to Gordon who pressed for the crazy idea to become an event, Glenn for bringing the 50th flag, Terry for his input into photos and video and for herding 15 Mokes in a narrow driveway, Helen for being Helen, David Yee for the last bad joke of the day and all those who turned up. This event is now destined to become history of history.