So how long have you had Black Douglas?

I’ve been the custodian of our families Moke since 2007, when Doug (Dad) decided he need a normal daily driver for the growing number of grandkids in our family.

Before that I think Dad bought Black Douglas home in about 1987. I remember when he came home with the car, it was dark already, and raining and we jumped in to the barely lit cabin and played with all the buttons. My sister Bronwyn and I were so excited! 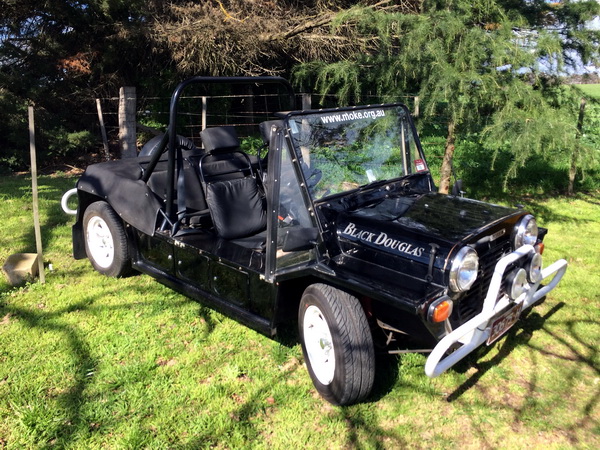 I remember being very young and meeting some crazy guy on the beach in Melbourne. He had sailed his Moke from Tassie to Melbourne, essentially waterproofing the car by filling the wheel arches with Sellys no more gaps. We all got sticks or knives and helped him chip the hardened stuff away from the wheels so he could drive off the beach. 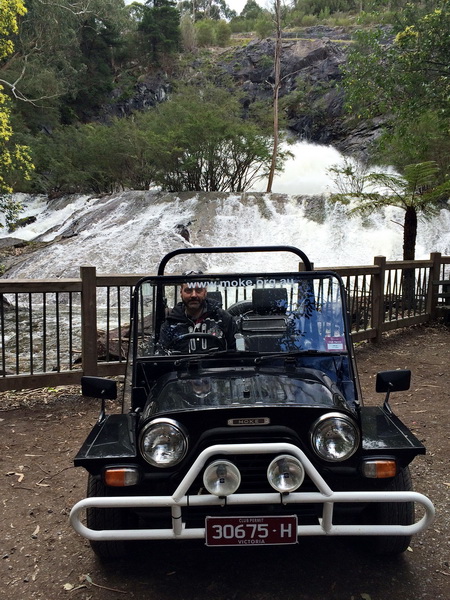 And your favourite time with Black Douglas?

Definitely going on a Christmas Lights Run with Dad, my son Josh, and me driving. Three generations of Williams men having a great time in the summer with the top down. Josh got so tired he fell asleep – with the top still down!

Anything else you want to add?

I’ve had some amazing times with the club since becoming more active in 2007. If I could encourage people to do anything it would be get involved. I’ve organised trips, been on committee, and even stood in as president for a short time, it doesn’t take much effort to make a huge difference to our club. 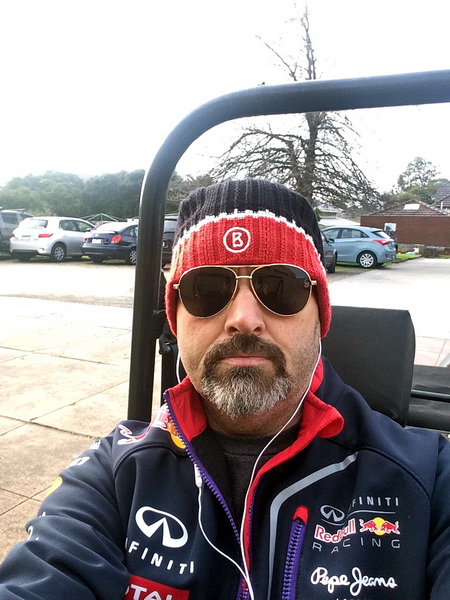