At the March 2019 meeting Doug. Williams took us on a journey to places we hadn't expected. He had been researching microfilm copies of The Sun in the State Library looking for references to the first meetings of the Club. Some years ago he had found this one: [Click an image to enlarge it.] 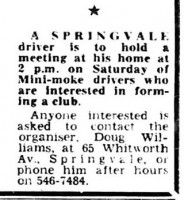 which appeared in Peter Gavaghan's column 'At The Wheel' in the Young Sun section on March 13th 1969, page 39. He had a vague memory that there had been further notices in the same column later in the same year. In searching through to December (fortunately this column was always in the Thursday paper) he found two more snapshots of history from May 8th (page 45) and June 5th (page 23) respectively: 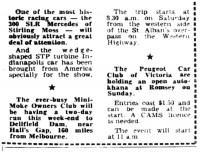 Communication in these days was either face to face, by telephones connected entirely by wires, or what has come to be called snail mail. Doug communicated with Peter by telephone and claimed that was the reason for a couple of mis-information items in these notices.

In the May one, Doug claims he told the story of, not himself, but his mother chasing down a Moke in the street to tell the driver about the Club. Picture it. Middle aged mum in Ford Consul Mk 1 chasing young hunk in Moke down Wattletree Road and into his driveway.

In the June one, the name of the club still isn't correct. From the first newsletter, May 1969, the club was called Moke Owners' Association of Victoria. Doug's memory is of that being agreed at the inaugural gathering in March. Also, the weekend away was at Bellfield Dam (not Dellfield Dam).

1969 was a big year for the world. The first club for Moke Owners in the world and the first landing of Man on the moon.

Scanning through The Sun, Doug couldn't help noticing the front pages from July 21st and 22nd. Australian papers had a problem with this event. Everyone knows that the lunar landing was on July 20th, 20:17 with the first man on the moon six hours later on July 21st, 02:56. But that was Greenwich Mean Time so The Sun had gone to press on the 21st before the big event and didn't go to press the next day until after the boys had packed up and gone back to the module. The front page on the 21st had photos of Neil Armstrong, Buzz Aldrin and Mike Colins and told us what they had for breakfast. The front page photo on the 22nd was of the two astronauts working on the surface. Something on the right side, in the background behind Armstrong, caught Doug's eye.

There was a familiarity to it.

...and with the help of a photo resolution expert (Cameron Bendix)...

...to reveal a truth that all Moke owners should know...

YOU CAN TAKE A MOKE ANYWHERE!

And now you know why Elon Musk is so anxious to make the first commercial lunar landing.

Fifty years ungaraged and no rust!

Just imagine the kudos in bringing back this abandoned lunar support vehicle and developing it into the world's first self-driving electric Moke!

The finale though was surely this birthday card the club received as a result.

[Editor's Note: Readers are reminded that in the promo for this meeting Doug wrote "You won't believe some of the things I have to show and tell!". Another truth perhaps.]

News from the February Meeting

It was a good plan, but the weather didn't co-operate.

One has a right to expect that an early February summer evening should have a warm, top down feel to it. Not the case. The forecast was for an Armageddon-like storm to hit just at the start of the meeting. It was a half an hour late and it wasn't a war zone but it was very wet.

The result was 6 Mokes were parked outside the clubhouse. We had Min Moke Month instead!

It begs the question Which month will be Max Moke Month? in this 50th year of our club.

When Is Our Birthday?

The inaugural meeting of what became (on the day) the Moke Owners' Association of Victoria was 2pm Saturday March 15th 1969 at 65 Whitworth Avenue, Springvale. Eight Moke owners attended, including the co-Founder, Peter Gilbert and they were the first 8 members of the club.

While we are speaking historically, your club also believes it is the first club for Mokes in the world.

As of the meeting night we had 260 members. If 'H', who was visiting to 'check us out' likes what he saw then we might soon be 261. There's always room for one more.

How Will We Celebrate?

We're gonna party! First up is a 60s Beach Party in West Rosebud on Sunday February 17th. That will be followed on Saturday March 23rd with the Big Birthday Bash at Akoonah Park Hall Berwick from 17:00. Ring Rhonda (0419 580 924) for both these events and find more details in Tracks for these and other events as the year progresses.

It's gone full colour from February! You might not have noticed if you get it electronically because you are used to seeing colour on screen. But those who still receive a hard copy version will see the difference. And it's cost the club less to give you this much more.

How can that be?

The answer is that Scott Williams is manager of Le Pine Funerals, Box Hill, and the company asked each manager to nominate a community organisation they were passionate about with a view to it receiving sponsorship. Scott asked if his organisation could be the MOAV and whether the sponsorship could be in the form of printing the club magazine using the company's facilities. As you can see the answer was yes and the club only has to supply the paper. That will make a significant difference to our monthly balance sheet. Thanks Scott and Le Pine Funerals.

Christmas at the Clubhouse 2018

Moken Up The Middle: 10th Anniversary

At the June 2018 General Meeting those present were treated to a few photos of a club trip in 2008 from Melbourne to Alice and back. Up via the Oodnadatta Track and back via the Stuart Highway. The purpose of the presentation was to:

Such an opportunity will come. The club has a long history of successfully biting off more than others think we can chew. Let the sample of photos below tempt you then check out this site:

for the full story with many more photos, captions, preparation information, costs, poetry written on the way and much more.

For a better view of the sample photos shown here: 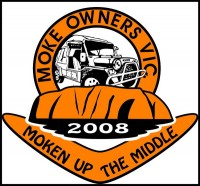 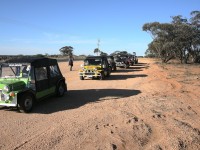 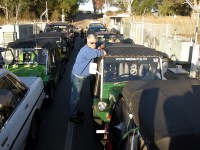 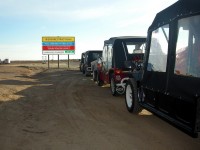 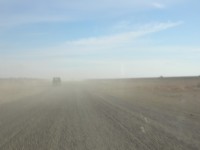 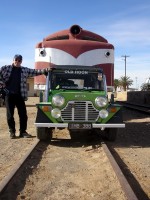 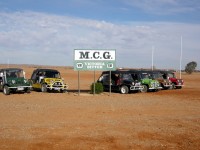 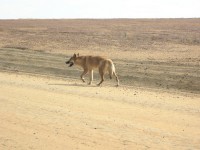 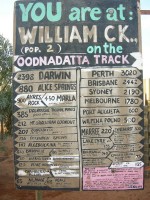 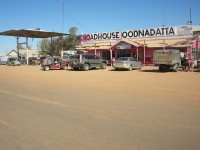 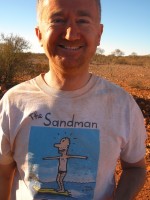 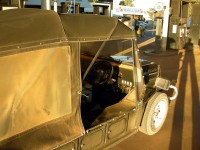 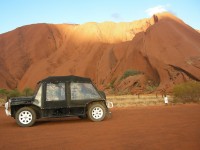