Here's the place to meet some of our individual member or families. We would love to feature your Moke and its family here. Please contact Scott Williams at This email address is being protected from spambots. You need JavaScript enabled to view it.

When you email please send:

Then I’ll call and go through some questions with you.

OK – look forward to hearing from you soon!  Scott  Williams

Click the title of an article to read more.

From buttercups to wine - the miracle of Mokes

I first saw and purchased my 1979 998cc standard Moke Buttercup in 1982 and soon joined the Moke Owners Association.

I then spent the next 10 years driving her everywhere! Even had the first two of my children in capsules and then car seats in her!   A sight to be seen!

With more kids coming, Buttercup was “parked” on the front lawn for nearly 12 years, until friends decided it was time to put her back on the road. After much cleaning, weeding (no kidding!), welding and tinkering, the rebuild began.

With the help of some amazing people (and the bank) over the next 12 months or so, CabSav was born  (it’s a colour thing – not the wine!)

The brief for the Moke was to be a road (and off road) usable car that looked good and to be user friendly.  Love her to pieces!

I now have a ball (and so do the kids) in CabSav. 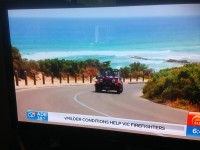 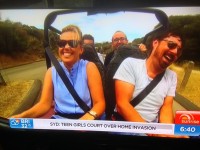 She was on Channel 7’s Sunrise for a few days with the weather crew earlier this year and will be seen as one of the drivers parade lap vehicles at  Bathurst in October this year. Best thing about owning a Moke? Everything! 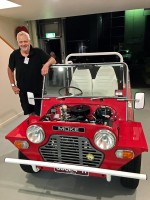